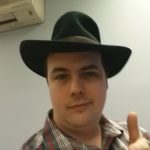 Moebius Models announced their first Star Trek kit on Monday.  It will be a 1:350 USS Franklin, as featured in Star Trek Beyond.    Further details are not announced yet, so stay tuned.

For those of you that have been waiting for the metal diecast Flying Sub, this has now been officially announced as well.  The Metal Flying Sub will be 1:32 scale (like the plastic kit) with lighting and sound, along with a remote control.   It will come on a special resin base, shaped like a wave of water.   The retail price will be $1499.95, just like the metal Jupiter 2.  The Flying Sub is currently scheduled for release at the end of 2017.

For pre-order and more details check it out here.